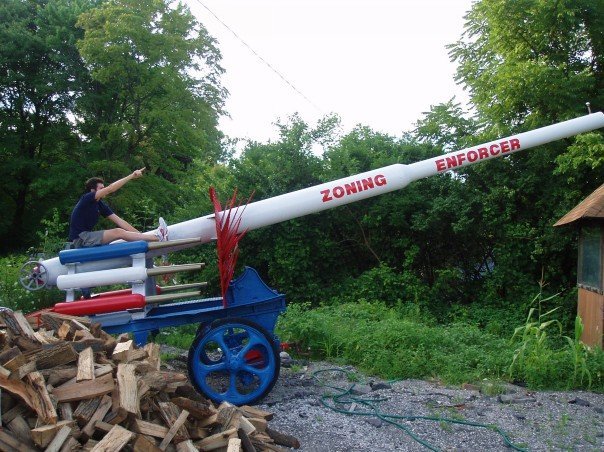 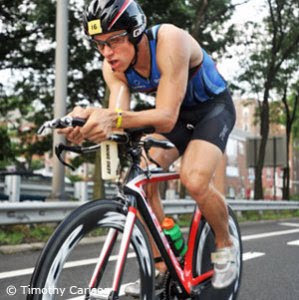 Now, bloggers... we're probably all a bit sick of me yammering on. So I stepped out of my pulpit this time and asked Half Ironman bike split world record holder Andrew Starykowicz and rising pro Jeff Paul to interview each other! Here are Jeff's questions for Andrew. Stay tuned for Part II where Andrew will flip the switch on Jeff.
1. When you decided to turn professional in the sport, what were your biggest fears/apprehensions and how did you deal with or overcome those?

AS- 1a - When I got my pro card...It was a no brainer, I stayed in the age group ranks until I did everything I wanted to do as an age grouper (except for win nationals, which was canceled in 2005). I won the big races...Wildflower* (Olympic), Memphis in May, and Chicago* (*-Course Record) along the way picking up a podium at Age Group World Champs. So it was time for me to go race the big dogs.1b - Turn Professional...Give up my great engineering job to chase my dreams. January 31, 2009 I gambled and took a severance package from Caterpillar (which 1/2 of my group was laid off in the following weeks) and never looked back. My biggest fear, not making it as a true professional triathlete. I really haven't overcome it, my ability to continue in the sport pends on my performances at local, regional, national, and international competitions. Yet, as soon as I take that first stroke, pedal rev, or step in a workout the thought about money or making a living is gone. It is about the love of it...because there is very little money in the sport, it sounds corny, but it is about the love of the game, and I got it bad.

2. You’ve had great success in both Olympic distance and 70.3 race distances. How is your approach to those 2 races different in training and actual race execution? Which do you enjoy the most? What distance will we see you racing most down the road…say 5 years from now.
AS- Olympic distance is the heart of the sport to me. It is a race that, if done properly, is 110 min of flooding your body with lactic acid and denying suffering at a very intense level. The Olympic distance is about being aggressive start to finish, it is about getting seconds, not being able to speak or comprehend anything. It is about 1 thing, getting to that finish line, FAST. The half distance is a lot more controlled and a lot less fun. For me I just stick it 5-10% below Olympic distance intensity and play the waiting game until the tank runs dry. Usually that happens between miles 6-10 on the run. Then comes fantasy land, disillusion, and just put one foot in front of the other until that finish line.
I train for the Olympic distance and what I will do is put a half at the end of a block of races. Last summer: Decatur, Lifetime, Evergreen, New York, Steelhead. Last fall: Westchester, LA, Dallas, Clearwater. In training for Olympic distance you have the bare bones for the 1/2 distance. Your long swims, rides, and runs are close to 1/2 distance. Then there is the mental side. The pain threshold for Olympic distance training is so intense and requires so much more focus that when you go longer it is easier on the mind. The pendulum shifts from Lactic pain tolerance to confidence that you can hold your pace til the finish. To say the least, I preach Olympic distance. You can race it week in, week out and have enough energy to have a beer with your friends afterward.
3. What inspired you to get started in triathlons? What was your background? When did you realize you could dominate on the bike?
AS- My good friend Adam Frankel bet me that he could beat me in a triathlon (He swam and ran). I blew him off. He tried this for the next 2 years, and then got really smart. He got my mom to do it. So if my mom, who had never raced or even run was going to do it, I had to do it. I did the race...I was 3rd out of the water, 2nd off of the bike, and finished 3rd (barely).My background...I grew up playing soccer and started swimming freshman year of high school. By the time I was a senior I was an All American swimmer. My Junior year I gave up track due to my swimming frame and started Water Polo. When I went to college, I intended on becoming an engineer and swimming. The coach had other ideas and cut me...how is that for motivation? I was faster than a few guys on the team and got cut. So I played polo in college and got more competitively into triathlon. I had the opportunity to start for a team that won Big Ten's and compete in collegiate national championships in 3 different sports (triathlon, cycling, and water polo).Domination of the bike...Genetically I got lucky on the bike. I have really long femurs, which help my biking (but kill my running). Growing up I was always pedaling my bike everywhere. I had a need for speed and my bike was my transportation. While many of my friends got dirt bikes, I just chased them pedaling as hard as I could. When I started racing triathlon (on my mom's campus bike) I was able to hold my own. Then I got a road bike and started to have top bike splits and qualified for worlds. After 4 years in the sport I got the privileged to ride my first TT bike and then I was untouchable (amongst age groupers). I was rolling thunder!

4. What do you do on a day when you don’t feel like working out? Do you skip it? find a way to push through it?…play golf? In other words how do you handle the times when motivation for working out is low?

AS- Keeping my eye on the prize. I have a few sponsors that have invested money out of their pockets in me, I have coaches who sacrifice time with their family to help guide me, and I have a lot of supporters (friends and family) who are there to support me. When times get tough I think about those things and also the big picture.We are building the Coliseum, the Parthenon, the Sphinx and each workout is a brick in the wall. A great workout is a good strong brick, a bad workout is a crumbling brick, but it is better than no brick at all. I am getting further into my career and there are a few areas where my foundation is not the best, but I am working on strengthening these areas now, so as my career continues these parts of my races and training will be structurally sound. That said, the stronger and better the foundation and structure, the higher the peaks can be. So that is the big picture I think about.The rest is set into motion with that first stroke, revolution, or step of a workout. All I want to do is go faster, harder and it my coaches who prevent me from killing myself with lactic acid. Like I said, I love the sport and I in a sick twisted way I really like the ways it makes you suffer.

5. If tomorrow was the last day you could ever train again, what would the day consist of?

AS- I would do a race w/ the same attitude and focus that I bring to the line at the big ones. Go big or go home crying. Swim hard and get out with the pack and then make them watch me ride away from them. Except in this race the officials will actually enforce the rules. Then I would get off the bike with leaden legs from pushing so hard on the bike and then have the run of my life. Would I win? Hopefully, but I would give it everything I had and then go and get a beer with some fellow athletes and supporters afterward.If you were looking for a list of my favorite workouts...Open water swimming in any body of water that is clear and you can see the seaweed, fish, and sand. Then there would be a bike. If we are talking an easy day, it would be a trail ride on the cross bike, a hard day, anything that makes my lungs burn and the pavement fly by. For running. If it is an easy day, trail running (catching a trend), a hard day, I just want to feel light and good and be fast! Then finish out the day with a good core body workout. Again, I would still be working on building that Parthenon one workout at a time.
Posted by JP Severin at 2:27 PM

I like his description of olympic tri's: 110 minutes of flooding your body with lactic acid and denying suffering. No wonder you like this sport and its athletes. It's funny he doesn't seem as hot about the half, but is a world record holder. go figure

Nice! Now I know what to do, thank you! And as this information is educational so this site has been added to my RSS feed for later browsing. To know more about
marathon training visit: marathontrainingschedule.net
[ running workouts ]
[ running schedule ]
[ running training program ]

Moderation is the key to mediocrity


The thing itself is the absence of compromise. There are no... deals available.


The daily toll is satisfying but arduous on the whole, not some bounding, joyous nature romp described in the magazines. Zen runners, joggers, running poets, and the like may say different but their euphoric selves are generally nowhere to be seen on the dark sleeting mornings.


Best Race of All Time